Titans star, Anna Diop, has unveiled a new image of Starfire’s hairstyle for the second season of the DC Universe series.

Titans follows young heroes from across the DC Universe as they come of age and find belonging in a gritty take on the classic Teen Titans franchise.

The lineup for Titans has swelled for the show’s upcoming second season, and it will end up with one of the biggest casts in all of DC’s TV multiverse. As a team series, the cast was already pretty big and this year they are adding several new superheroes as well as a trio of villains who are pretty big names themselves.

Coming off of last season’s finale, which saw Dick Grayson turning over to the dark side at the same time Conner Kent and Krypto were breaking out of Cadmus, it seems plausible that Garth will work with the remaining teens to bring Dick out of his stupor.

Titans will bring in the Deathstroke family, Aqualad, and more. 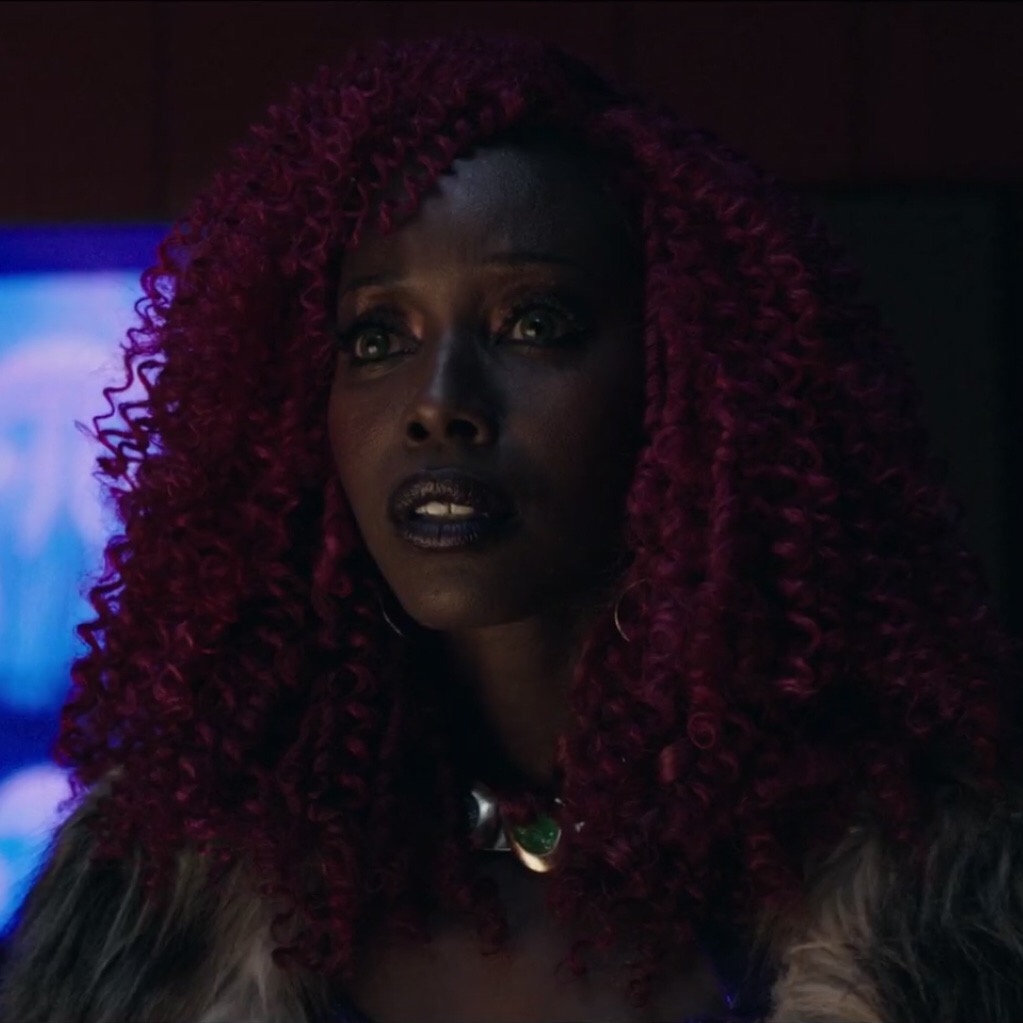 Dick Grayson and Rachel Roth, a special young girl possessed by a strange darkness, get embroiled in a conspiracy that could bring Hell on Earth. Joining them along the way are the hot-headed Starfire and loveable Beast Boy. Together they become a surrogate family and team of heroes.

It is clear from the first season that Dick, Donna, Hawk, Dove, and others were some version of the Titans in their past, and it seems reasonable enough that while Dick is the mentor to the younger generation of heroes, it will be his own peers and the found family of the original Titans that bring him back to himself.

However, this season it has expanded with a number of new DC characters including Esai Morales as Deathstroke/Slade Wilson, Chella Man as his son Jericho, Chelsea T. Zhang as his daughter Rose (aka Ravager), Joshua Orpin as Conor Kent, and Iain Glen as Bruce Wayne are joining the cast.

That sounds like a lot, but with the Wilsons likely serving as antagonists, the power upgrade of getting Superboy and Aqualad can’t hurt.

With a new wardrobe and hairstyle with comical precision. Although the first season of Titans presented Anna Diop’s Starfire with a material very different from that of the comic book source, this time the fans will not be disappointed when Anna Diop returns with an appearance that reminds much more to the style of the character in the comics.

With the season 2 production of the Titans already underway, Anna Diop is working hard in Toronto and brings Starfire to life for the second season. Now, Anna Diop has shared a new style behind the scenes that offers what is undoubtedly the best and clearest aspect of the new Starfire hairstyle for the second season. Titans is now available exclusively on DC Universe in the U.S. and on Netflix internationally. So what do you think? Do you like Anna Diop’s new look for Starfire? Are you excited to see Anna Diop when the Titans return? Sound off in the comments section below!