One of the best-known airline pilots in the country talks about the problems with the Boeing 737 Max plane. Retired Capt. Chesley “Sully” Sullenberger told a congressional subcommittee on Wednesday that an automated flight control system on the 737 Max “had fatal failures and should never have been approved.”

The Aviation Subcommittee of the House of Representatives is investigating the crashes of Boeing 737 Max planes in Indonesia last fall and in Ethiopia in March, in which a total of 346 people died. The panel is also examining what role, if any, Boeing’s rush to develop the latest version of its popular 737 and the FAA process of certifying the new model as airworthy may have played in the tragedies.

Aircraft got into bites

Sullenberger, who safely landed a damaged US Airways plane on the Hudson River in New York in 2009 after a bird hit the engines, says he understands how the pilots of two 737 Max planes that crashed recently would have been confused as they fought. By keeping control of the aircraft, as an automated system, wrongly, began to force the aircraft into bites.

“I can tell you first-hand that the startle factor is real and it’s huge, it absolutely interferes with a person’s ability to quickly analyze the crisis and take corrective action,” he said.

The planes remain out of service since aviation authorities around the world landed them shortly after the second accident. The three US airlines that flew in Max (Southwest, American, and United) have canceled thousands of flights, as they have removed the planes from their schedules during the busy summer months.

Boeing now has a solution in its hands

Boeing says it has now completed a software solution for the automated system called MCAS, which investigators say appears at least partly to blame for the accidents. “These crashes are demonstrable evidence that our current system of aircraft design and certification failed us,” Sullenberger told lawmakers. “Accidents should never have happened.”

Daniel Carey, president of the Allied Pilots Association, which represents the pilots on American Airlines, noted Boeing’s solid safety record in general, but criticized the aerospace giant for making “many mistakes” to reduce costs while developing the plane Max for It would feel like the previous version of the 737.

Boeing in its best engineer 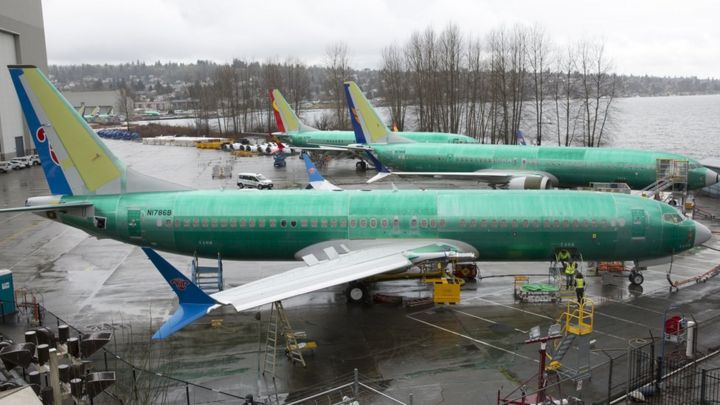 “Boeing designs and engineers and manufacturers superb aircraft,” Carey testified. “Unfortunately in the case of the Max, I’ll have to agree with the Boeing CEO, they let the traveling public down in a fatal and catastrophic way.”

Carey told the committee that the MCAS flight control system, which was designed to avoid aerodynamic blockage, had failures because it had a single point of failure without redundancies. In the case of the Lion Air flight in Indonesia and the Ethiopian Airlines plane, a single attack sensor angle provided erroneous data to the system, so the MCAS pointed down and forcefully down the nose of the aircraft when it did not. should.

“A huge error of omission was the fact that Boeing failed to disclose the existence of the MCAS system to the pilot community around the world,” Carey said. “The final fatal mistake was, therefore, the absence of robust pilot training in the event of an MCAS failure.” “These two recent crashes happened in foreign countries,” said Sullenberger. “But if we do not address all the important issues and factors, they can and will happen here.”